“When I first got into this program everybody told me I wouldn’t make it in radio–radio was an extremely hard business to get into. I saw too many people I know who went to a communications school who are working as waiters in a restaurant because they can’t get a job in radio because they don’t know anybody. Radio Connection is a hands-on mentoring program where I got real world experience. It enabled me to get a job in radio because I got to know people in the radio business and when they were looking for someone to hire, I was right there in their face, I was already interning at the radio station, I knew the ins-and-outs of what was going on here, and if it wasn’t for Jim and Radio Connection I wouldn’t have the job of producing the number one morning show in the market . It’s an awesome opportunity and for my first job in radio, I’m better off than some people who went to traditional communication schools and have been doing this for five to ten years. ” – Howie

The Recording, Radio, Film Connection programs are located in more than 250 U.S. cities in all fifty states. With corporate headquarters in Los Angeles, California and New York City, the Recording, Radio, Film Connection schools are unlike any others, as students learn from successful mentors in real world situations in real studio and film sets as opposed to simulated classrooms. 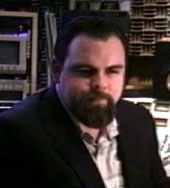 In 1996 Howard Parker enrolled in Recording, Radio, Film Connection’s Radio Connection School while still working at a Taco Bell. After completing his course he talked with us. “The experience I got through Career Connection enabled me to get a job immediately. I made one tape, and one resume, upon completion of my course and within two weeks I got my first job in radio. I’ve been having a blast ever since. I love waking up and seeing what the day holds. I know it’s going to be fun the rest of the way.” For those of you who don’t recognize the name, Howard Parker is the guy who does virtually all of the voiceovers for for movie trailers, and he makes millions doing it.

The Recording Connection provides the fundamentals by training students in a real recording studio, with a music recording professional as a mentor. As an extern, a student sits in on top music artist’s recording sessions in real recording studios. The curriculum teaches the ins-and-outs of the music business from microphone placement, to running the audio board, to interacting with talent, to creating the final mix. To become a recording engineer, music producer, or mixer, Recording Connection qualifies students for a position in the audio recording field.

The Film Connection has been mentoring aspiring filmmakers for over 20 years. As such, it prepares students like no other film school. As a mentor or extern students learn one-on-one from an industry professional in an actual film production company or on a real film set. Teachers are working pros who train students one-on-one. Recently, an Acting Program was added to the Film Connection’s offerings.

For more about Radio Connection and its broadcasting career programs, click here 1 2 3 4