The Best Way to Pursue a Career in Radio 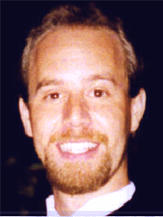 I studied broadcasting at the University of Miami in Coral Gables, Florida. When I graduated in 1991 I began to pursue a career in radio as an on-air personality.

I landed my first on-air job at a tiny station in a tiny city in Florida (Belle Glade). Working at such a small station gave me an opportunity to learn all the in’s and out’s of the business.

After a couple of years in Belle Glade, (and an unpaid internship at B96 in Chicago) it was on to work in the #46 radio market in the country — West Palm Beach, Florida. A city where I still work today.

The most commonly asked question of anyone in the radio industry is, “How can I become a D.J.? ” And it’s a great question! Before this program, the only way to learn about a career in radio was to spend 4 years in college and pay tens thousands of dollars going to broadcast school. And you still had to start at the bottom of the industry.

TIf you’ve ever dreamed of being on the radio, or are just looking to change careers; if you have been told time and time again that you have a great voice for the radio — then this course is for you!

I wish you luck in your quest to become the next great radio air personality!